This is the oldest known British meteorite in ‘captivity’ in a museum. It would prompt the first full scale investigation into meteorites.

The meteorite fell at around 3.00 o’clock on December 13th 1795 in a field near the Wold Cottage in the East Riding of Yorkshire on land which was owned by Major Edward Topham. The fall was observed by several people and landed a few yards from ploughman John Shipley. 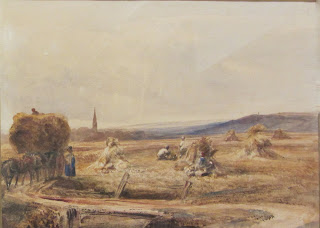 A sound like gunfire was heard by people who thought that French warships were bombarding Bridlington. Britain was at war with France at the time. People described seeing a dark object passing through the air.

The meteorite weighed about 56pounds (25kg) and made a hole 19 inches deep passing through 12 inches of top soil and 7 inches of chalk. The meteorite is a L6 chondrite the second,most common type of meteorite. It is what astronomers call a stone meteorite although about 25% of the meteorite will still be made of iron. 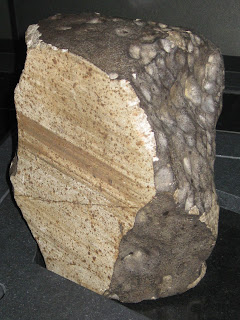 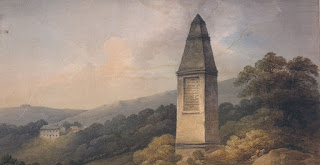 Only 20.6 of the 25 kg made it to the British Museum to be part of their collection. The remainder is believed to have been broken off and given away prior to acquisition.