Mr. Moses Holden, the astronomer from Bolton, has written to the editor of the Preston Pilot, to the following effect. 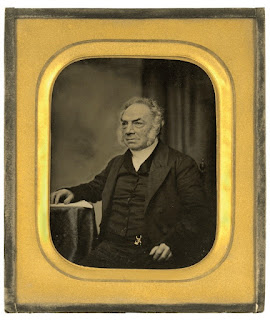 The planet Jupiter has been a beautiful object for the telescope for more than a month, and still continues to be so; not only are the belts seen, but I have seen spots on those belts, two on the upper and two on the lower, as distinctly no doubt as M. Cassini saw them in 1655 by which he determined the time of the rotation on its axis, or the length its day and night. These spots have appeared and disappeared at very uncertain periods. I have never seen them so as to be able to trace them across the planet before. They come on at the east side (with an erect telescope) and move to the west edge of the planet in less than five hours, and return to the same place in about nine hours and fifty-five minutes. “The spots are dark."