Cancer the Crab and the Nativity

Cancer the Crab and the Nativity

In yesterday’s blog I looked at what the Star of Bethlehem could have been and when Jesus was born. There was a suggestion that rather than December Jesus was born in either March or April. At this time of the year the constellation of Cancer would be high in the sky. The skies would of course have been much darker with less light pollution making stars easier to see than today.

The area between the stars Castor and Pollux in Gemini and Regulus in Leo the Lion appears very dull and featureless. This area is where we find Cancer the Crab. In April Cancer would have been seen high in the sky. However could there be a biblical connection with Christmas? 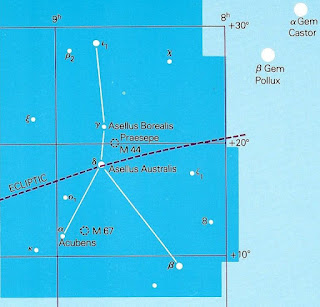 Cancer is one of the oldest constellations dating back over 4,000 years, it represents a crab which Juno queen of Olympus sent to rescue the multi headed monster the Hydra which was doing battle with Hercules. Hercules just trod on the crab and squashed it. However as a reward for its efforts Juno placed it in the sky.

Cancer is the only constellation in the sky to have a nebula or cluster that is brighter than any of its stars. This is M44 or Praesepe the beehive which is an an easy naked eye object.

Charles Messier was a French astronomer living in the 18th century and spent much of his time searching for comets, although he didi find some faint comets he also came across lots of faint fuzzy objects or nebula in the sky. These confused him because although they looked like comets they were not. He decided to draw up a list of these non comet objects in his Messier list which astronomers use all the time today while exploring the Galaxy. 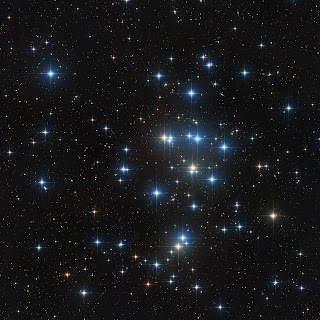 Then we come to the possible biblical connection, because although M44 is often called the Beehive, this is a relatively modern term given to it because it looks like a swarm of bees around their hive.

A much older term for the cluster is the ‘The Manger’. To make the story even more interesting there are two faint stars near the Manger, one above and one below. The star above the manager is called Asselus Borealis or the northern donkey while the one below is called Asseslus Australis or the southern donkey. 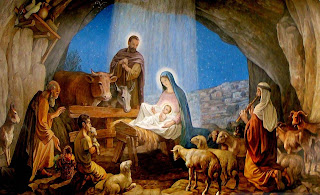 Is this part of Cancer a depiction of the nativity scene placed in the sky around 2,000 years ago?