The Asteroid 1899 or 452 Hamiltonia was discovered by James Keeler using the 36 inch Crossley Reflector at Lick Observatory on December 6th 1899. The asteroid is named for Mount Hamilton where Keeler was working and where the Lick Observatory is located. 1899 FD was the last asteroid discovered in the 19th century. 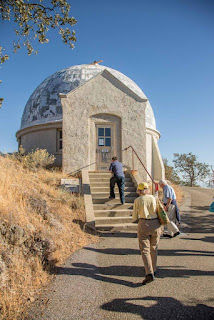