The Aurora of November 27th 1872 seen from Liverpool

The Aurora of November 27th 1872 seen from Liverpool

The aurora display of November 27th 1872 appears not to attract that much attention because it occurred on the same night that as the spectacular Andromedid meteor shower, which was the remains of comet Biela burning up in the Earth’s atmosphere. 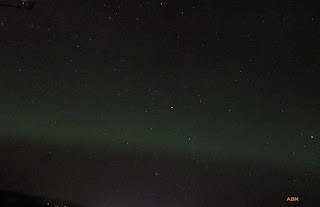 Samuel Barber of Liverpool commented about the aurora and described it as merely a hazy or diffused cloudy light, devoid of both colouring and symmetry of form. He went on to say that he had observed this variety of aurora on several occasions but it appears to attract few observers.