In early 1964 the 25 inch Refractor was used at the Penteli observatory in Athens to allow astronomers to make drawings of the planet Jupiter. There were some very good drawings of the Great Red Spot. 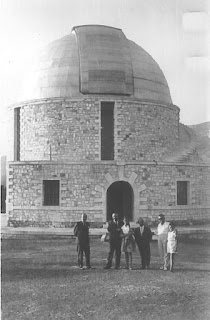 The Newall Telescope which was made by Thomas Cooke & Sons York  was originally made for Robert Newall in Gateshead in the north east of England in 1870. At the time it was the largest telescope in the world. In 1885 it was donated to the observatory at Cambridge and in 1957 it was sent to the Penteli Observatory in Athens. The telescope is still in use today at the Penteli Observatory. 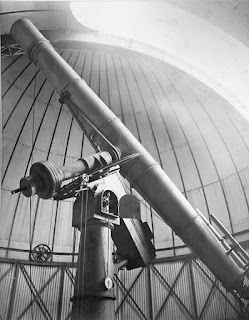