Henry Savile and the Savilian Professor of Astronomy

One of the most prestigious positions in astronomy today is the Savilian Professor of Astronomy at the University of Oxford. You have probably guessed it was a Yorkshire man who established that position, Sir Henry Savile was born on November 30th 1549  and died on February 19th 1622 was born at Bradley, near Halifax. 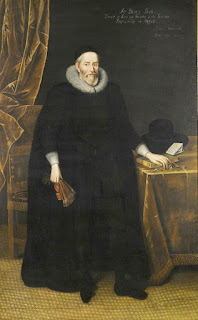 He was an English scholar, Warden of Merton College, Oxford, and Provost or chairman of the governing body of Eton College. He was also a Member of the Parliament. In 1583 Henry Savile together with John Chamber and Thomas Digges were asked to sit on a commission to consider whether England should adopt the Gregorian calendar, as proposed by John Dee.

The Gregorian calendar had been introduced into catholic Europe in 1582 when ten days were lost but in protestant countries such as Britain it would not adopted until 1752. This meant that when the Gregorian calendar was eventually introduced in Britain and its colonies much later than most of Europe the error in days had increased so much that to replace the Julian calendar eleven days were lost. If you was living anywhere in Britain in 1752 Wednesday September 2nd was followed by Thursday 14th September!

In 1604 Savile was knighted and in 1619 he established at the university of Oxford the position of Savilian Professor of Astronomy. It has to be filled by a scholar of distinction, with an outstanding teaching, research and publication record.