Comet Brooke and the Crossley Telescope

Comet Brooke and the Crossley Reflector

Keeler obtained photographs on 11 consecutive nights from November 4th to November 14th. After this the work was discontinued by the twilight and the construction of the mounting for the telescope the maximum exposure for the photographs had been reduced to 13 minutes.

The best photograph was taken on November 5th and on appearance the comet resembled comet b 1894 Gale, the tail measured only about .75 of a degree long and is very straight and not too distinct. 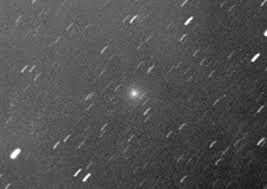 The image shown is one taken by Max Wolf at the Heidleberg Observatory on October 23rd 1898.