High on top of a Chilean mountain in February 1987 Ian Shelton was developing the last of the photographs he had taken of one of our companion galaxies, the Large Magellanic Cloud when he noticed something was ‘wrong’. There was a brilliant new star where none had been before. The same thing thing had seen the day before by Robert McNaught in Australia. Astronomers were looking at the first naked eye supernova since Kepler’s Star of 1604. 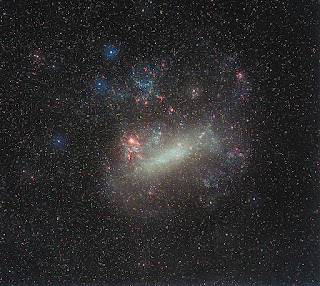 This supernova would be known as SN 1987A would eventually reach around magnitude 3.0 in May of 1987. This gave astronomers their first chance to study a relatively close super nova, the Large Magellanic Cloud is only around 163,000 light years away. It was a type II supernova whereby the star imploded upon itself and by studying it many of the theories that astronomers had about supernovae were proved to be correct. 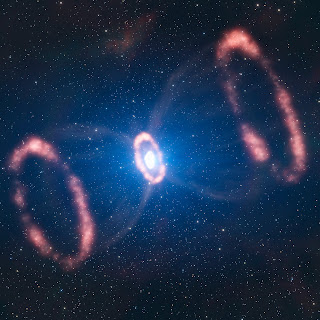 A bright ring of material has been observed by astronomers over the past 30 or so years to move away from where the star was located. It was always assumed that a neutron star would be formed by this kind of supernova explosion and in 2019 astronomers found that neutron star. 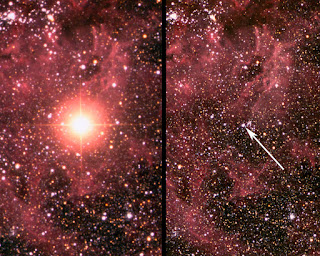 It was later discovered by astronomers that the star that had gone supernova was Sanduleak -69 202 a blue supergiant.