RS Ophiuchus is a star to watch, it is another of the recurrent novae that are known to astronomers. It is only in the last 25 years or so that astronomers have realised that all novae are actually recurrent, they all become nova over a period of time measured in either decades or maybe centuries. 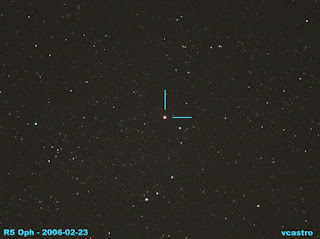 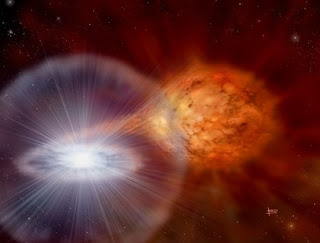 RS so far has never become bright enough to be seen with the naked eye, it’s normally at magnitude 15 and has brightened to around magnitude 9.0. There are 2 stars in the RS system one a red giant, the other a white dwarf. There question today is when will RS Ophiuchus go nova again, it could even be tonight.