The Disc of Venus seen with a Cooke

The Disc of Venus seen with a Cooke

ON October 22nd 1863 on turning my 6 inch Cooke telescope upon Venus I was much surprised to see almost the whole of the unilluminated disc pf the planet; it was so striking I appearance, that I thought it must be the resemblance of the Moon, which made me fancy that I could see the unilluminated portion. My sister in law, whom I called to witness the planet, but without telling her what to look for, said she instantly saw the whole disc. The atmosphere was beautifully clear, but still the planet was so far past conjunction, that I should scarcely have imagined the phenomena would be visible. 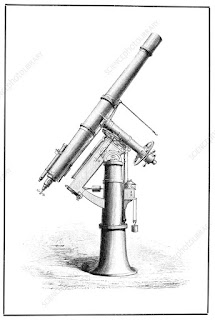