Comet Klinkerfues 1854 was seen from the Whitehaven Observatory on the night of October 7th 1854. The comet had been discovered by the German astronomer Ernest Klinkerfues on the night of September 12th 1854 at the Berlin observatory. From Whitehaven it was described as looking like a round nebulous body without any appearance of a tail. The comet was seen in Ursa Major the Great Bear. 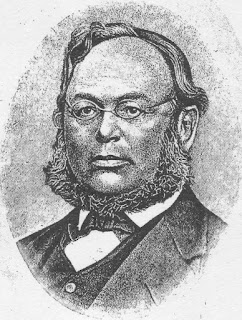 There were very few observations of the comet and it is therefore classed as a near parabolic comet with no certainty when it will come close to the Sun next.