On October 20th 1870 Joseph Gledhill who was the assistant astronomer to Edward Crossley at his observatory at Park Road, Halifax and who normally used the 9.3 inch Cooke telescope saw a fine display of Aurora.

At 7.30 pm a bright red magnetic cloud lay in Auriga, a little later it was in Lynx. The large stars in the back of Ursa Major and the Northern Crown in the West marked the upper limit of the bright segment to the westward. 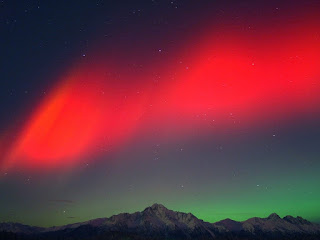 At 10.00 pm the arch of fiery red magnetic clouds was well seen, it extended from N E to W.

No bright columns were seen this evening