The gamma Velorum system in the constellation of Vela the Sails is actually made up of 4 stars. With a combined magnitude of 1.7 and contain the closest and brightest example of the rare type of star known as a Wolf Rayet star. 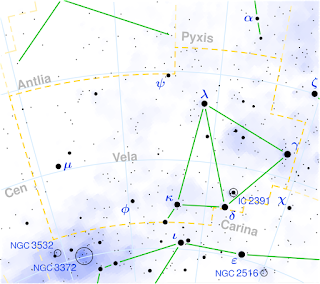 Wolf Rayet stars are massive stars and because they loose their mass at an incredible rate they have very short lives in astronomical terms. Gamma 2 Velorum which is over 1,000 light years away is a WC8 star and is accompanied by an 07 giant star, many wolf rayets are double stars. Gamma 2 has a temperature of an eye watering 55,000 degrees its companion a mere 35,000 degrees!!! Our Sun by comparison is a mere 5,800 degrees. Gamma 2 will almost certainly end its life as a supernova. 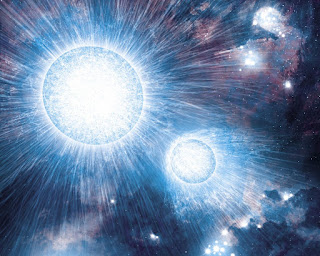