Stars that do something are fun to watch. In 1939 a ‘new star’ erupted in northern Orion out of nowhere. It reached a photographic magnitude of 9.0 making it easily visible in small telescopes. Searches of old photographs showed the perpetrator to be a faint 16th magnitude star. 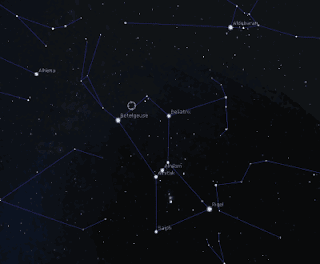 FU Orionis is the prototype of a small group of less than 20 or so stars of similar nature. Unlike a normal nova which remains bright for a relatively short period of time measured in days, weeks or occasionally months FU Ori stayed bright for around 60 years before slowly fading. 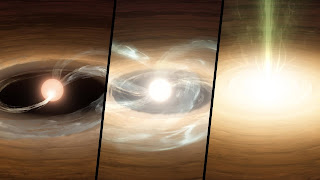 Its a nova but not as we know it. None of the FU Ori type variables have been seen to return to their normal pre outburst brightness. One suggestion is that FU Ori stars are extreme examples of a class of variable stars known as T Tauri stars. These are young stars usually being less than 10 million years old and are located near star forming clouds.