William Herschel must have been amazed and delighted when in 1779 he turned his telescope to a 4th magnitude star just north-east of Vega. It was long known to be a double star. Through his telescope he saw that the two stars were themselves double. Herschel’s telescopes were superior to any being made at that time. Epsilon is the famous double double star in Lyra. 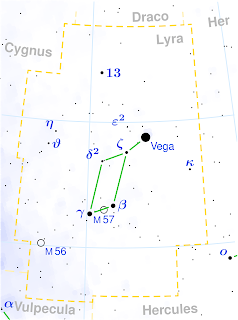 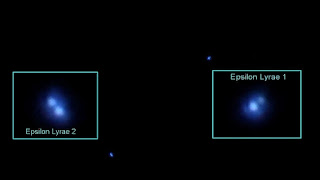