Yesterday I participated in filming an episode of the BBC TV Antiques Road Trip as a guest 'expert' talking about the instrument maker Thomas Cooke of York.

There was four hours of filming for about four minutes of TV!! As far as I am aware it is due to be aired sometime next year. It was great fun but quite tiring. 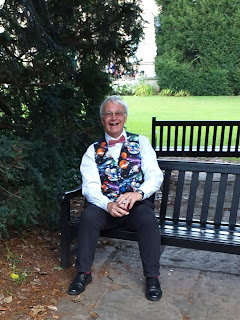