The Cooke 25 inch Telescope and Capella

The Cooke 25 inch Telescope and Capella 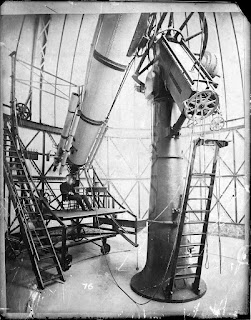 In 1899 using the 25 inch Hugh Newall with a 4 prism spectroscope observed that the star Capella the brightest star in the constellation of Auriga the Charioteer was a binary star.

In America during 1899 Prof William Wallace Campbell at Lick Observatory also noted that Capella was a double, this was based on photographs taken between 1896-1897.