Donati and the Problems of Looking at Heavenley Bodies

Donati and the Problems of Looking at Heavenly Bodies

I came across this letter and realised that problems we have today using telescopes are not new and that peoples’ perception of what someone might be looking at through a telescope haven’t changed over the centuries. 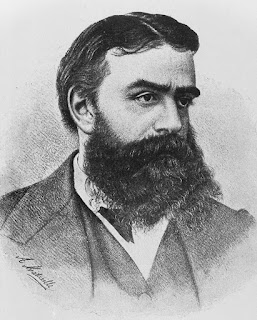 In 1870 there was an objection to the building of an observatory by Giovanni Donati of comet fame.

In a letter from La Comtesse Baldelli from Florence who was visited by Donati, the subject of conversations was the worries and obstacles he had to experience before he could place the very first stone of his new observatory. When all objections and last, not least the formalities were exhausted the inhabitants of the adjoining villas claimed an indemnity at his hands - for what do you think?

La perdita della liberta (the loss of liberty) Donati was astonished and asked in what he caused so grave an accusation?

The reply was your telescope will be pointed at our windows whenever you fancy, and the ladies will be annoyed! It took some explanation to make them comprehend that however similar to celestial bodies the ladies might be, such telescopes as used at the observatory could not be used towards objects so removed from the heavens in distance!