Well they can if the weather is poor.

The transit of Mercury on May 6th 1878 was observed by many astronomers including Mr John Brett and Mr Walter Pye. Brett was using a 4 inch Cooke and Pye a 3 inch Cooke. The observations were made from Mr Brett’s observatory in Putney, near London. 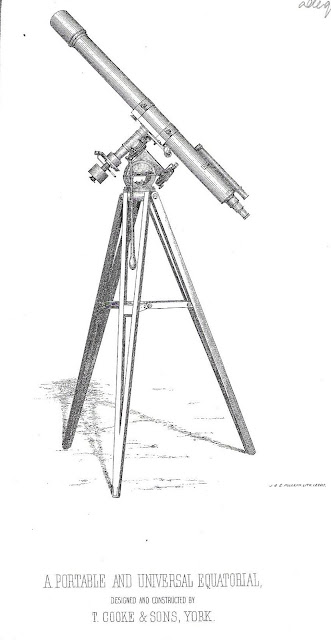 Both first and last contacts were missed by impenetrable mist, it was then seen through a fine film of cloud. When Mercury could be seen as a black dot it was surrounded by a ring of bright light.

The clouds made observations difficult but whenever they were able to see Mercury it was surrounded by this ring. Due to the very large amount of cloud and observing conditions Mr Pye could only use a power of x50 on the 3 inch Cooke while Mr Brett using the 4 inch Cooke had to use rather less magnifying power on the 4 inch Cooke.