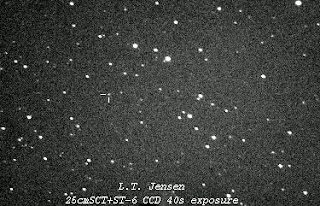 The word nova comes from the Latin for new, in the middle ages when astronomers saw a new star they thought it was a star being born and called it a nova, we still use this term today.

We now know that a nova is a binary system there are two stars one a small hot massive star the other a larger but less massive star. The small star pulls gas off from its companion and this cool gas forms a disc around the smaller hotter star, eventually this gas will cascade down onto the hotter star. As this gas is cooler it makes the hotter star ‘sizzle’ and it will throw off a shell of gas into space. 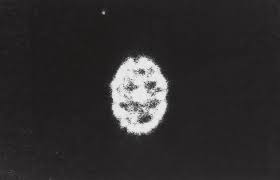 This gas which represents only about 0.1% of the mass of star but causes a faint star which normally cannot be seen without a large telescope to appear visible to the naked eye. Of course not all nova become bright enough to be seen with the naked eye.

DQ Hercules appeared at a time when astronomers were trying to work out the difference between ordinary nova and nova that appeared very bright, these would of course be termed Supernova and this term would first be used by the Swiss astronomer Fritz Zwicky at around this time.