The most important star in the constellation of Perseus is Algol or to give its Greek letter designation beta. Perseus is of course our hero in the Cassiopeia/Andromeda legend. In the sky Perseus is depicted holding the head of the medusa after just having killed the creature rushing to rescue Andromeda from the sea monster. Algol marks the eye of the Medusa. 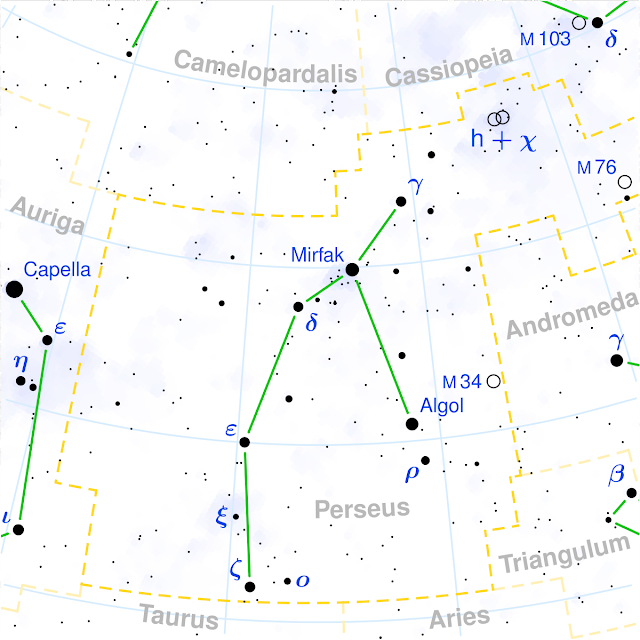 Algol behaves in fact like a rather odd sort of variable star. It was first noticed by the Italian astronomer Montanari in 1669, but it was not until over a century later that astronomers worked out what was happening to Algol.

The man responsible was John Goodricke who was based in York, he was deaf and unable to speak but there was absolutely nothing wrong with his brain. In fact between 1781 and 1786 he worked in York with another astronomer Edward Piggot, between them they laid the foundations for the study of variable stars. I christened them the ‘Fathers of Variable Star Astronomy’ a term that I think appears to have stuck. 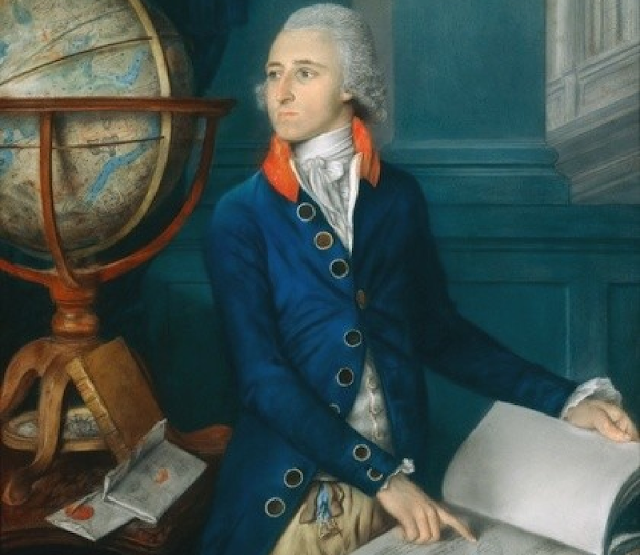 Goodricke realised that Algol was not one but two stars and that they were eclipsing each other causing the light changes. We know today the Goodricke’s observations were very close to modern estimates, and of course he did not have any of the modern technology to help him. It would take astronomers over 100 years to prove that Goodricke was correct with his theories. In fact today when astronomers look at other stars for very faint changes in light to identity planets orbiting the stars they are using the same idea as suggested by Goodricke. In fact we might say that Goodricke and Piggot were over 200 years ahead of their time!!

Sadly John Goodricke died before his 22nd birthday so we cannot even begin to imagine what other contributions he may have made to astronomy had he lived longer. 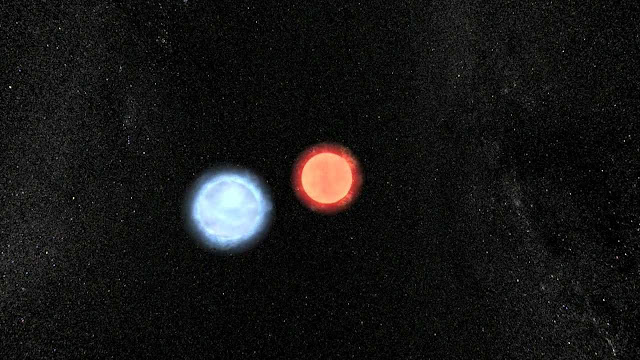 Today astronomers have discovered many stars similar to Algol. These stars are referred to as Algol type variable stars.

There is one mystery that has never been properly cleared up. We know that most star names are Arabic and were named over 1,200 years ago. The Algol means the ‘Winking Demon’, does this suggest that the Arab astronomers also notice the changes in brightness.