Albireo or beta Cygnus is often regarded as one of the most beautiful double stars in the sky for small telescopes. Interestingly it is the fifth brightest star in Cygnus, the Greek letter beta would normally mean that it should be the second brightest star in a constellation. 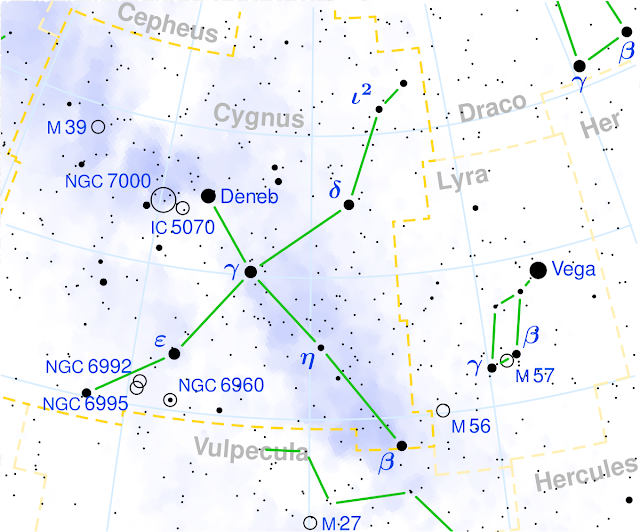 Albireo is around 415 light years away and to see the companion star you will need at least a small telescope. Albireo is an ordinary orange giant star cooler than the Sun with the companion being a blue/ white star and although it is a dwarf it is still much hotter than the Sun with a temperature of about 13,000 degrees centigrade compared to 5,800 degrees for the Sun. Everyone who observes Albireo agree that the colour contrasts are simply fantastic. 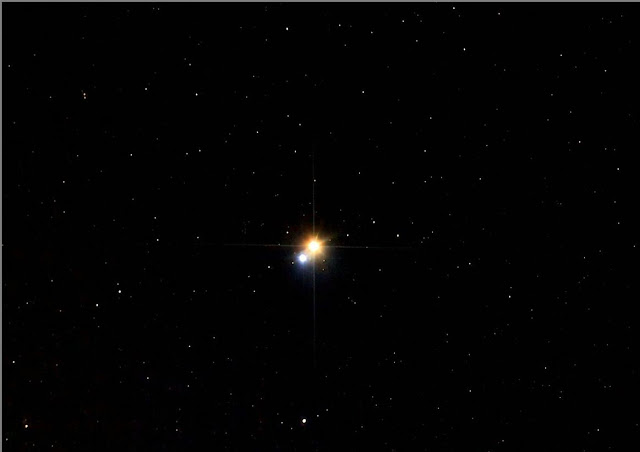 Observers in the 19th century often described the pair of stars as having the colours of golden yellow and the companion appearing sapphire. Other descriptions refer to them as appearing golden and azure.

It is unclear if the two stars are a real double star or merely a line of sight effect. Observations from both the Hipparchus and Gaia satellites have been unable to solve the mystery.

The name Albireo seems to have come into use around 1515 with a mistranslation from Ptolemy’s catalogue of around 150 AD. The Arabic astronomers had always referred to the star as Al Minhar al Dajajah or Hen’s Beak which is still used as the translation of Albireo.