Think of Canis Major and everyone thinks of Sirius the Dog Star but the second star in the constellation beta or Mirzam is an extremely interesting star. The name Mirzam or Mirzim means ‘The Announcer’ and like many stars we see in the Orion, Canis Major area of sky its a B1 giant star with a surface temperature of about 22,000 degrees centigrade. The star lies at a distance of 500 light years. 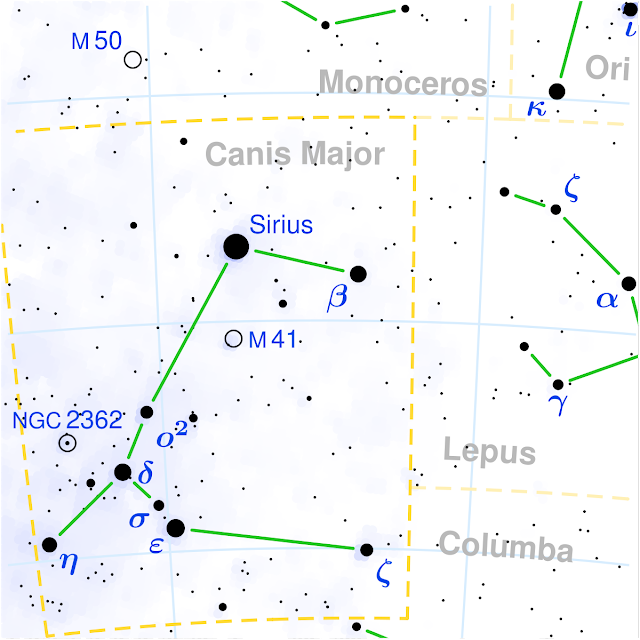 Mirzam is the prototype star of a small group of Beta Canis Majoris variable stars. They are all B class giant stars and although there light variations are very slight, they cannot be seen by just the by the eye alone. Special equipment has to be used. The star was first identified as varying in brightness in 1902 by Edwin Brant Frost at Yerkes Observatory in America.

When Mirzam was born it had about 10 times the mass of our Sun but it is now dying. It will shortly and by shortly I mean a few million years use up its supply of hydrogen gas and pass into a red supergiant star and then possibly ending its life in a massive supernova explosion.

Mirzam can be seen on the flag of Brazil as this country’s flag shows the night sky over Rio de Janeiro on the night of November 15th 1889 when Brazil became independent from Portugal. 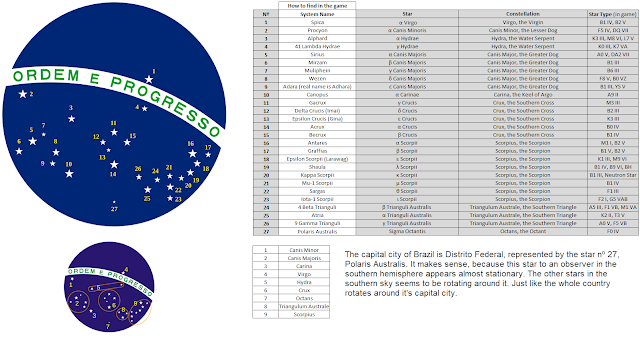