Agena is the second of the pointers to the Southern Cross the other being alpha Centaurus and although alpha appears brighter in the sky that is simply down to distances because alpha is just over 4 light years away while Agena is around 390 light years away. 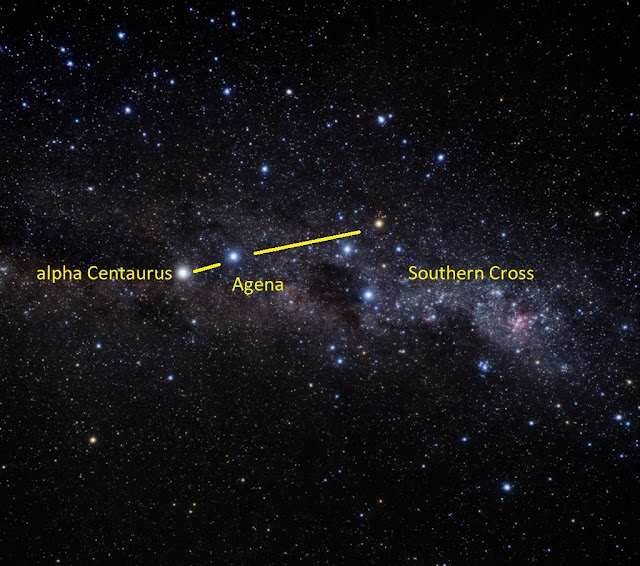 Like many stars Agena is not a single star it is a triple star system, Agena the main star is a blue giant star much hotter than the Sun with a surface temperature of around 25,000 degrees centigrade. If Agena was as close as alpha it would be so bright that it would cast a shadow.

Agena with alpha Centaurus were known to the bushmen of South Africa as two men who were once lions, while the Australian Aborigines were regarded as two brothers.

Agena is not visible from Britain but from the southern hemisphere it is circumpolar from New Zealand which means from there it can be seen all year round.