Antares is the brightest star in the constellation of the Scorpion, the constellation is well named because it looks for all the world liked the feared arachnid, its curved deadly tail swooping downwards. Antares marks the heart of the scorpion. Antares can be seen in late spring and early summer evenings from Britain. It will always be seen low in the sky. If you travel down to the Mediterranean area Antares and the rest of the scorpion will be much higher in the sky. 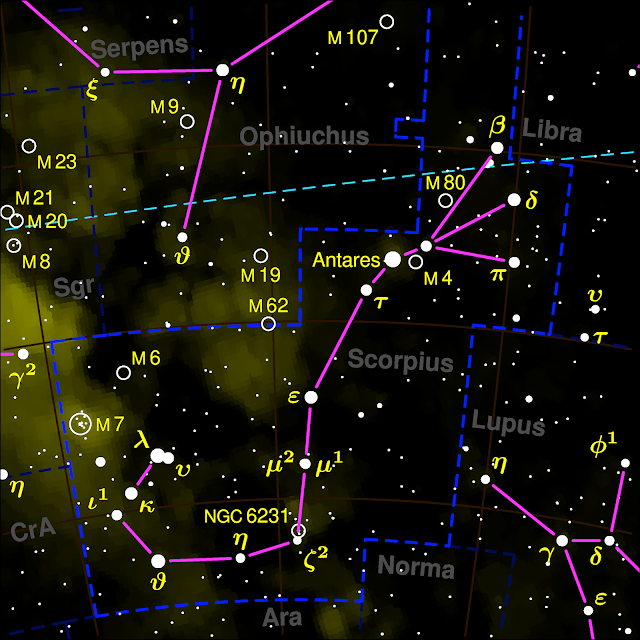 Antares or the ‘Rival of Mars’ due to its very red colour is an M1 supergiant star with a surface temperature of only around 3,500 degrees centigrade, cooler that the Sun at 5,800 degrees. It lies at a distance of about 550 light years. Antares is so big that if it was placed where the Sun is all the planets out to Uranus would actually be inside Antares. 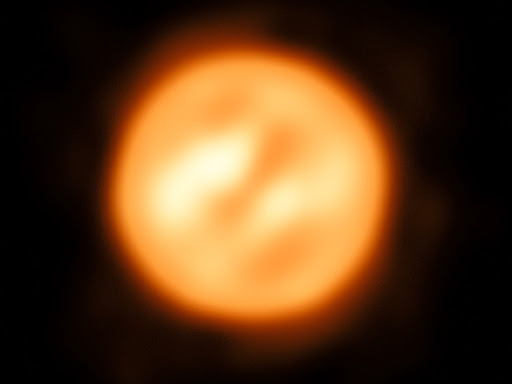 Antares is one of the largest stars that can be seen with the naked eye, however things will change in the next few tens of thousands of years when Antares will destroy itself in a supernova explosion. This Antares supernova could become as bright as the full moon and even be visible in the day time sky.