Aldebaran is the lead star of Taurus the Bull one of the most important of the zodiacal constellations. The constellations of the zodiac are where will locate the planets in our solar system. Taurus in mythology is said to represent Zeus the king of the gods who changed himself into a bull in order to carry off Europa daughter of the king of Crete. (It is quite clear that the morals of some of the ancient gods were to put it mildly questionable!!)

Aldebaran which means the ‘The Follower’ marks of the eye of the bull. If you are trying to find Aldebaran and you know how to locate the three stars that form Orion’s Belt, draw a line through the three stars up and to the right and then you will reach Aldebaran. 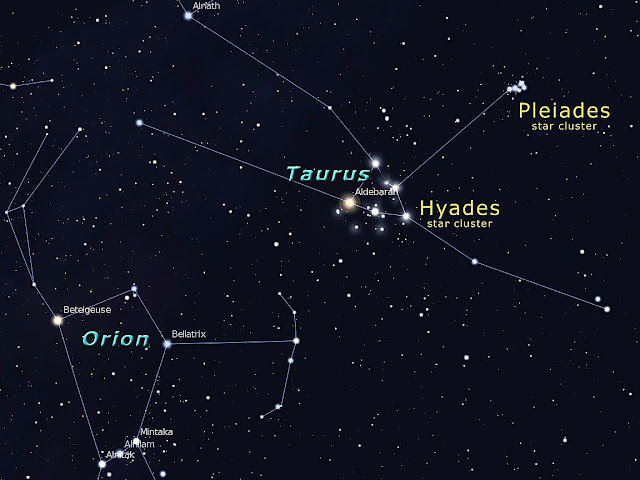 Aldebaran is a red giant star with a cooler surface temperature than the Sun at around 3,800 degrees centigrade compared to that of the Sun which is 5,800 degrees. It lies about 65 light years away. Aldebaran is surrounded by a ‘V’ shaped cluster of stars called the Hyades.

In mythology the Hyades were the daughters of Atlas and Aethra and hence the half sisters of the Pleiades. The Pleiades or Seven Sisters is a famous star cluster that can also be seen in Taurus. If you remember finding Aldebaran by drawing a line from Orion’s Belt upwards and to the right by continuing this line you will reach the Seven Sisters which you can easily see with your eyes without using binoculars or telescopes.

I have mentioned that Taurus is in the zodiac and the planets are found in this region of the sky. The same applies to the Moon and there will be occasions when the Moon can pass in front of Aldebaran. In fact Aldebaran is the brightest star that the Moon can pass in front of. This astronomical event is called an occultation. The last time this occurred was on July 6th 2018, the next occasion will not be until 2033. 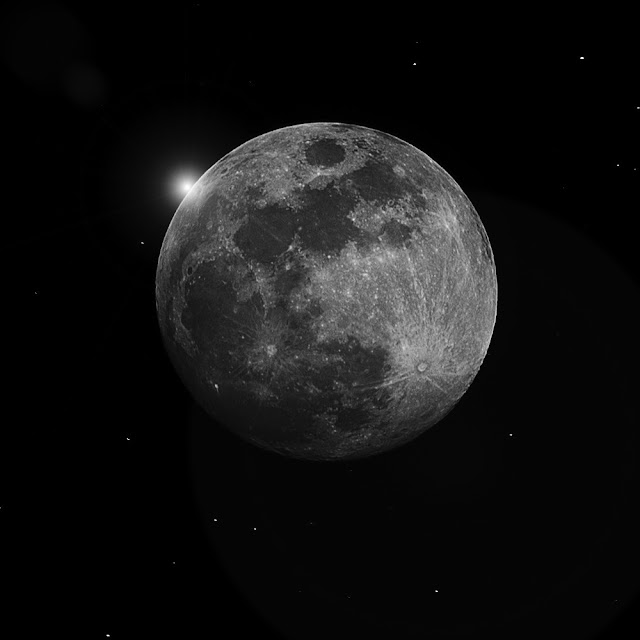 The Pioneer space probe that was launched in 1972 will reach the vicinity of Aldebaran in about 2 million years time.