Sagitta the Arrow
Despite its small size Sagitta is the 3rd smallest constellation in the sky this arrow shaped constellation as known to the ancient Greeks. In the sky the arrow seems to be flying between Cygnus and Aquila. One legend says the arrow was shot by Hercules. Sagitta lies in a very river part of the galaxy.
The brightest star is gamma at magnitude 3.5, its a M0 red giant star with a temperature of 3,800’C and lies 258 light years away.
Delta has a magnitude 3.7 another red giant this time a M2 star with a temperature of 3,600’C. The star is 590 light years away.
Both alpha and beta are only magnitude 4.4
M71 was once an object of controversy among astronomers. Some argued it was a loose globular while others claimed it was an an extremely dense open cluster.
There is no doubt today however that M71 is a globular cluster- a very near one being only 13,000 light years away. Which is why it has the lack of a dense centre typical of more distant globulars.
M71 lies between the stars gamma and delta and is of mag 8.0 which means that it can be glimpsed through binoculars. 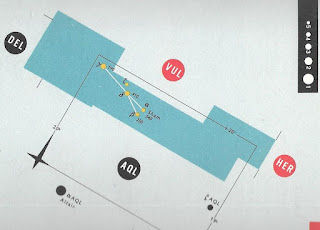