William Reid, a Moth, 6 comets and a Cooke Telescope

William Reid, one of South Africa’s greatest amateur astronomers died on June 8th 1928. He was born in Pitcable, Aberdeenshire on August 23rd 1861. His early interest was in entomology and he became a Fellow of the Entomological Society, there is even a rare Scots moth named after him. Due to health issues he moved to South Africa in 1900.

He joined the firm of John Forrest & Co Millers of Rondebosch, he developed an interest in astronomy, he became the first director of the Comet Section of old Cape Astronomical Association.

His first telescope was a 4 inch refractor, however soon after he obtained a 6 inch Cooke & Sons photo visual refractor. He developed a fantastic knowledge of the southern sky and this enabled him to discover 6 comets between 1910 and 1928, this was during a period when 16 comets were discovered in the southern hemisphere. 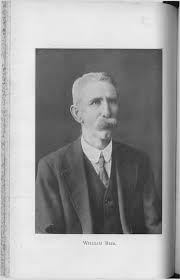