Aquila the Eagle – Summer Sky
Aquila the Eagle is one of the original 48 Greek constellations. Altair often represents a bird in mythology that was a companion to Jupiter and often carried his thunderbolts.
The constellation is one of the most prominent in the sky. Altair is one of the summer triangle of stars that grace our sky during the summer months. The others are Vega and Deneb. Altair is the most southerly of the triangle stars.
Alpha Aquila or Altair is from the Arabic meaning 'Flying Eagle' is one of the so called 1st magnitude stars. Any star that is brighter than magnitude 1.5 is classified as a 1st magnitude star. Altair is fairly close to us being only 17 light years away. It is the closest of the triangle stars. (Vega 25ly, Deneb 2200ly). The 12th brightest star in the sky Altair has a magnitude of 0.7. Although it is bright this is due to being fairly close to us. Altair is an A class star being hotter than the Sun.
Altair is flanked by two other reasonably bright stars.
Beta Aquilae whose name is Alshain is just below Altair, the meaning of Alshain is not certain but one Arabic source refers to Alshain as ‘The Raven’s Neck’. The star is a yellow G8 star of magnitude 3.7 and is located 45 light-years from Earth. Alshain is slightly cooler than the Sun. Again we have the second lettered star of a constellation not being the second brightest. That goes to gamma.
Gamma Aquilae whose proper name is Tarazed, the meaning of which is unknown. has a magnitude  of 2.7 and is a K3 giant which means it appears orange and is therefore cooler than the Sun. It is 390 light years away
If you draw a line from Altair to the right and slightly down you will come across delta Aquilae whose name Deneb Okab means ‘The Tail of the Eagle’ which is rather strange because it does not mark the tail of the eagle and is located at the centre of the bird. It is an F0 star and is hotter than the Sun and is 50 light years distant.
Using Altair and delta it is possible to form a triangle with a third star eta which would be the most southerly star of this triangle of stars. Eta has an average magnitude 3.9. I say average because the brightness of eta varies in brightness between magnitude 3.5 and 4.3 in a period of just over 7 days.
Stars that change in brightness are called variable stars, there are many different types of variable stars. Eta was discovered by Edward Piggot on September 10th 1784 in York, on the very same night also in York the deaf astronomer John Goodricke discovered that the star beta Lyrae also varied in brightness. I christened Goodricke and Piggot ‘The Fathers of Variable Star Astronomy’ because of the work they did in York between 1781-1786. With both Piggot and Goodricke discovering two variables stars on the same night, something that had never happened before I termed September 10th 1784 as ‘A Night to Remember’. Eta is a Cepheid type variable the first Cepheid which was delta Cepheus was discovered by Goodricke from York!! These Cepheid variables are used by astronomers to work out the distance to other galaxies.
Eta varies between being a F5 to a G2 supergiant star when as it becomes brighter and fainter, and lies about 1200 light years away. 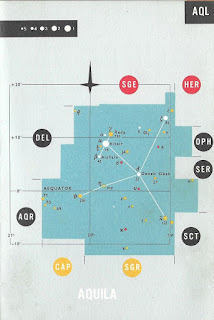