Skylab was a space station launched and operated by NASA and was the United States' first space station. Skylab orbited Earth from 1973 to 1979, and included a workshop, a solar observatory, and other systems. It was launched unmanned by a modified Saturn V rocket. 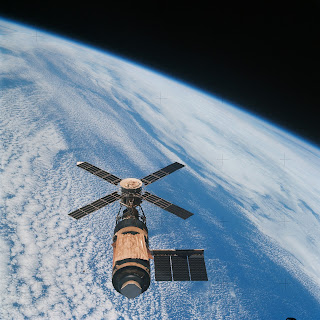 Three manned missions to the station, conducted between 1973 and 1974 using the Apollo Command/Service Module (CSM) atop the smaller Saturn IB, each delivered a three-astronaut crew. 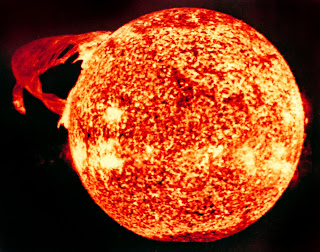 On December 19th 1973 the now famous picture of a giant solar prominence loop on the Sun was taken.