One of the great arab astronomers, Al-Rahman or Al Sufi was born on December 8th 903 AD at Ravvy, Persia observed from Shiraz, Basra and Baghdad; he wrote a book in 964 called The Book of Fixed Stars with descriptions of the 48 constellations and also giving information on individual stars. 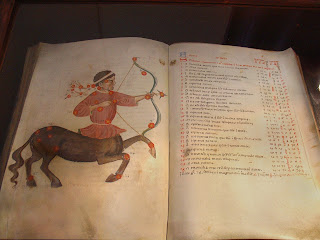 In addition to the stars he also mentions a little cloud, which is M31 the Andromeda Galaxy and refers to one of the Magellanic clouds under the name of the ‘white ox’. 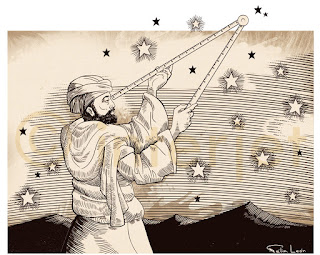