On November 14th 1971 Mariner 9 became the first space craft to enter orbit around another planet in this case Mars. Mariner 9 would send back over 7,000 photographs or about 85% of the surface of Mars before the mission ended in October 1972. Previous missions which have been fly byes had sent back only small numbers of photographs. 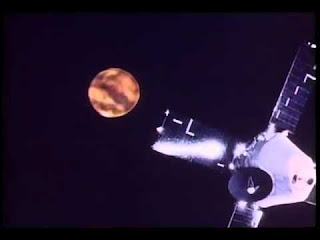 Mariner 9 photographed river beds, craters, extinct volcanoes including Olympus Mons the largest volcano on Mars and in the solar system. 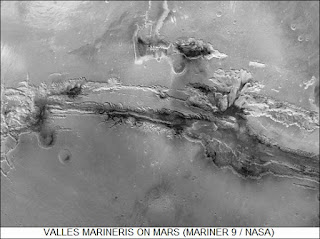 Today Mariner 9 remains as a derelict satellite in orbit around Mars. It is expected to remain in orbit until approximately 2022, when the spacecraft will probably enter the Martian atmosphere and either burn up or crash into the planet's surface.