On 17 November 1970 an interesting space craft landed on the surface of the Moon.  It carried the first remotely controlled robotic lunar rover, Lunokhod 1. The Lunokhod looked like a ‘giant saucepan on wheels’. 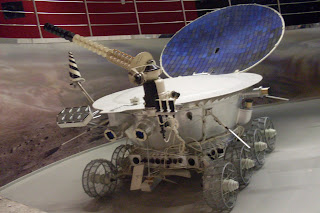 For the next ten months the rover was driven by operators in the Soviet Union, with the total distance travelled being about 10 km. For comparison, in six years of operation the Mars Exploration Rover Opportunity has travelled about 12 km. 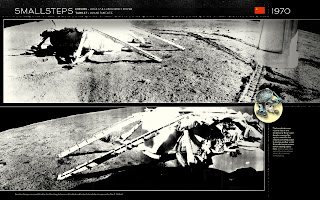