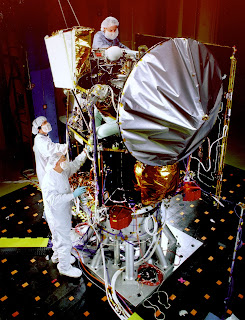 Unfortunately one engineering team used metric units while another used English units for a key spacecraft operation, for that reason, information failed to transfer between the Mars Climate Orbiter spacecraft team at Lockheed Martin in Colorado and the mission navigation team in California.

"People sometimes make errors," said Edward Weiler, NASA's Associate Administrator for Space Science in a written statement. "The problem here was not the error, it was the failure of NASA's systems engineering, and the checks and balances in our processes to detect the error. That's why we lost the spacecraft." 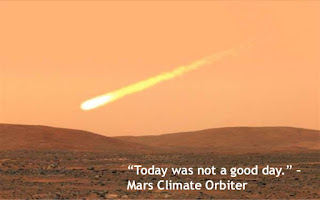 The navigation mishap pushed the spacecraft dangerously close to the planet's atmosphere where it presumably burned and broke into pieces, killing the mission on a day when engineers had expected to celebrate the craft's entry into Mars' orbit.

The space craft had completed a nearly 10 month journey when it reached Mars, its mission was to relay data from an upcoming mission called Mars Polar Lander, and help understand the early climate on Mars.