Luna 16 which was launched on September 12th 1970 was a Russian unmanned probe sent to the Moon and then return with a sample of moon rock. 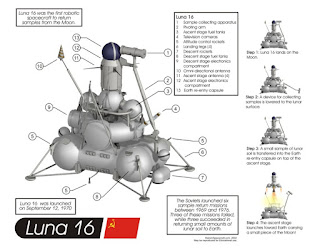 It was Russia’s first successful lunar sample return mission; there had been 5 earlier failures.  Following Apollo 11 and 12 it was the third mission to return samples of the Moon to Earth.

Luna 16 landed in the Mare Fecunditatis (the "Sea of Fecundity" or "Sea of Fertility") on September 20th. Three days later on September 24th Luna 16 returned safely to Earth bringing with it 101 grams of lunar soil.

The soil samples were similar to those that were brought back by Apollo 12 which had landed in Oceanus Procellarum the Ocean of Storms. 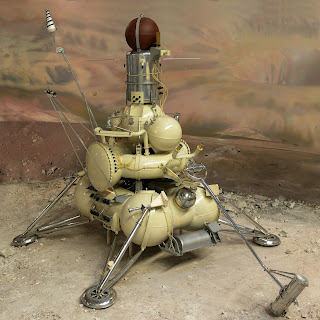 This mission accomplished the first fully automatic recovery of soil samples from the surface of an extra-terrestrial body.