An American space scientist James Van Allen was born on September 7th 1914, he was instrumental in the study of radiation belts around the Earth. He supervised the testing and use of captured German V-2 rockets for upper atmosphere exploration.

He was one of the scientists who proposed a program of worldwide cooperation in research, the International Geophysical Year (IGY) of 1957–58. The instrumentation of the early Explorer satellites, part of the United States’ IGY program, was built by Van Allen and his associates.

Launched on Jan. 31, 1958, Explorer 1 was the first successful U.S. space satellite. The information on cosmic radiation gathered by the Explorer satellites led to the discovery of radiation belts that surround the Earth. Today they are called the Van Allen Belts 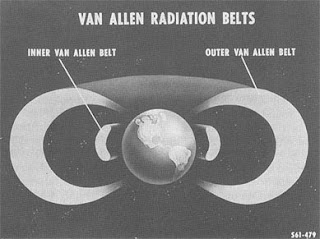