Daniel Kirkwood was born in Harford County, on September 27th 1814 Maryland, USA.  He graduated in mathematics from the York County Academy in York, Pennsylvania in 1838. 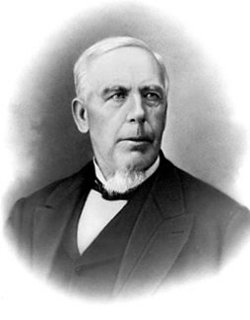 Kirkwood's most significant contribution to science and mathematics came from his study of asteroid orbits. When arranging the then-growing number of discovered asteroids by their distance from the Sun, he noted several gaps, now named Kirkwood gaps in his honour, and associated these gaps with how Jupiter affected the asteroids. Kirkwood also suggested a similar affect was responsible for Cassini Division in Saturn's rings, as the result of one of Saturn's moons.

He was the first to correctly suggest that the material in meteor showers is cometary debris.