At 11:18 AM on the cloudless morning of Thursday, September 1, 1859, 33-year-old Richard Carrington, widely acknowledged to be one of England's foremost solar astronomers was in his observatory projecting an 11-inch-wide image of the sun on a screen, he drew the sunspots he saw. 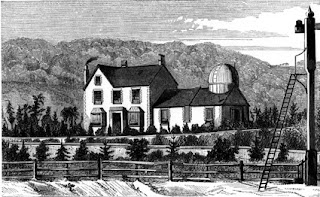 Suddenly, before his eyes, two brilliant beads of blinding white light appeared over the sunspots, intensified rapidly, and became kidney-shaped. Carrington realised he was seeing something unprecedented. He was mortified to find that within a minute or so it had changed and became fainter then disappears. It was 11:23 AM. Only five minutes had passed.

Just before dawn the next day, skies all over planet Earth erupted in red, green, and purple auroras so brilliant that newspapers could be read as easily as in daylight. Indeed, stunning auroras were seen at near tropical latitudes over Cuba, the Bahamas, Jamaica, El Salvador, and Hawaii.

The worlds telegraph system the most modern form of telecommunication at the time went haywire. Spark discharges gave telegraph operators serious electric shocks causing bad burns on their skin and even blew people of their chairs and set the telegraph paper on fire. 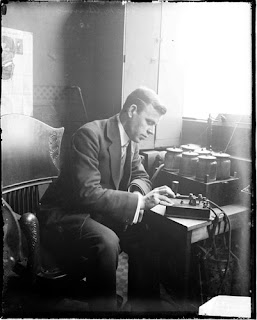 What Carrington saw was a white-light solar flare, a magnetic explosion on the sun. Today  we know that solar flares happen frequently, especially during solar sunspot maximum. They release X-rays (recorded by X-ray telescopes in space) and radio noise (recorded by radio telescopes in space and on Earth). In Carrington's day, however, there were no X-ray satellites or radio telescopes. No one knew flares existed until that September morning.

The explosion produced not only a surge of visible light but also a massive cloud of charged particles and detached magnetic loops, a Coronal Mass ejection (CME) and hurled that cloud directly toward Earth. The next morning when the CME arrived, it crashed into Earth's magnetic field, causing the global bubble of magnetism that surrounds our planet to shake and quiver. Researchers call this a "geomagnetic storm." Astronomers are now very well aware of how an 1859 type flare could impact on telecommunications today. 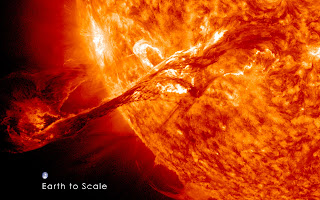 A huge solar flare on August 4, 1972, knocked out long-distance telephone communication across Illinois. A similar flare on March 13, 1989, provoked geomagnetic storms that disrupted electric power transmission from the Hydro Québec generating station in Canada, blacking out most of the province and plunging 6 million people into darkness for 9 hours.  In December 2005, X-rays from another solar storm disrupted satellite-to-ground communications and Global Positioning System (GPS) navigation signals for about 10 minutes. That may not sound like much, but would you want to be on a commercial airplane being guided in for a landing by GPS or on a ship being docked by GPS during those 10 minutes!

Another Carrington-class flare would dwarf these events. They do however seem to be rare. In the 160-year record of geomagnetic storms, the Carrington event is the biggest. It's possible to delve back even farther in time by examining arctic ice. Energetic particles leave a record in nitrates in ice cores.  The Carrington event was the biggest in 500 years and nearly twice as big as the runner-up.These statistics suggest that Carrington flares occur every 500 years, but we cannot be sure!

Electronic technologies have become more sophisticated and part of everyday life, they have also become more vulnerable to solar activity. Humans in space would be in peril, too. Spacewalking astronauts might have only minutes after the first flash of light to find shelter from energetic solar particles. Their spacecraft would probably have adequate shielding; the key would be getting inside in time.

No wonder NASA and other space agencies around the world have made the study and prediction of flares a priority. Right now a fleet of spacecraft is monitoring the sun, gathering data on flares big and small that may eventually reveal what triggers the explosions. Research won't prevent another Carrington flare, it will just warn us of that one is coming!!