Discovered on September 9th 1892 Amalthea was the fifth of Jupiter’s satellite’s to be discovered. It is discovered by Edward Bernard.  It is the third moon in distance from Jupiter and was the last moon to be discovered visually. In future all would be discovered photographically. It was  the first new satellite of Jupiter since Galileo Galilei's discovery of the Galilean satellites in 1609/10. 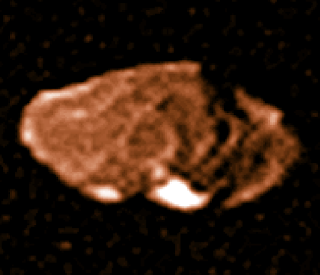