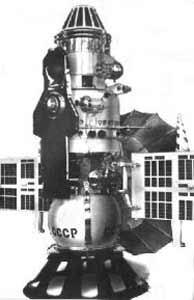 It landed on Venus on December 15th that year. Venera 7 was designed to enter the atmosphere of Venus, deploy a parachute to slow its fall toward the surface. But, the parachute ripped and collapsed during the descent, leaving Venera 7 in freefall for 29 minutes before it slammed into the Venusian surface. At the time, the probe appeared to stop sending signals, but incredibly it had survived if only for a brief period. Analysis of the radio signals revealed that the probe had survived the impact and continued transmitting a weak signal for 23 minutes. 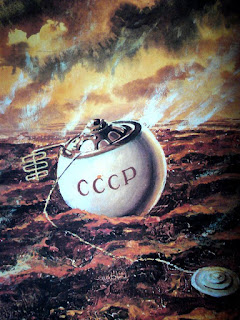 Venera 7 indicated that Venus was very hostile, the probe was able to send data on the temperature of Venus the temperature was an incredible 475 degrees Celsius with the atmospheric pressure 92 bar, 1 bar is the standard air pressure on Earth, so the pressure at the surface of Venus is much higher than that on Earth.  There was a wind speed of nearly 5.6 mph or 9 km/h.

So while Venera 7 may not have made the soft landing Soviet scientists hoped it would, it did send back data on what the surface of Venus was like and set the stage for even more ambitious missions like Venera 13, which landed on Venus on March 1, 1982 to snap the first colour pictures of the planet from its surface.