Ranger 1, the first of a series of nine spacecraft launched in the early 1960s to explore the moon, was a test spacecraft built as a prelude to future lunar missions. It was designed to make a highly elliptical Earth orbit and carried several science instruments for studying cosmic rays, magnetic fields and energetic particles. 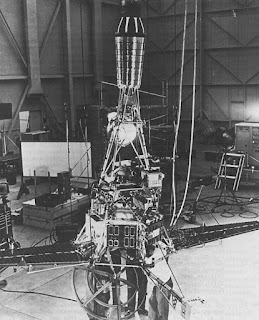 During launch, a rocket malfunction caused the spacecraft to get stranded in low-Earth orbit, and one week after launch, it burned up upon re-entering Earth's atmosphere.

The first successful of the series was Ranger 7  in 1964.