This is the tenth anniversary of the demotion of the planet Pluto to that of a dwarf planet. On August 24th 2006 the astronomers officially demoted Pluto from the status of a planet to that of a dwarf planet. The vote involved just 424 astronomers who remained for the last day of a meeting of the International Astronomical Union (IAU) in Prague. The vote caused a lot of controversy within the astronomical community. 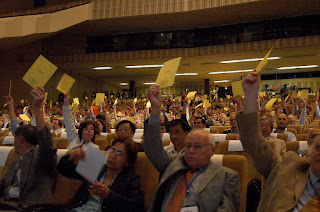 The astronomer’s decided to establish three main categories of objects in our solar system.
1. Planets: The eight worlds from Mercury to Neptune.
2. Dwarf Planets: Pluto and any other round object that "has not cleared the neighbourhood around its orbit, and is not a satellite."
3. Small Solar System Bodies: All other objects orbiting the Sun. 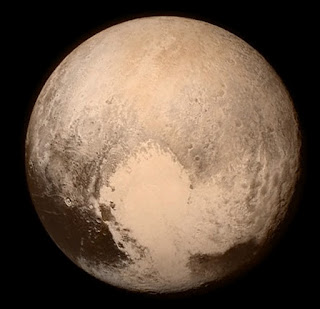 Discovered by Clyde Tombaugh in 1930 there had been many people who doubted that Pluto should ever have been described as a planet. However public opinion was very much in favour of keeping Pluto as a planet until 2006.

Although now a dwarf planet for 10 years there are still many people who believe that Pluto’s planetary status should be re-instated.