Caroline Hershel the sister of William Herschel the astronomer discovered her first comet on 1st  August 1786 she accompanied her observations of the first night with three drawings of its position in viewing fields. 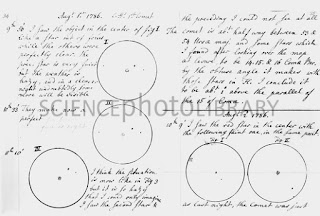 On the following evening, she drew it twice and confirmed its cometary nature.

This was the first of 8 comets she would discover between 1786 and 1797. It would not be until the 20th century that another woman astronomer Carolyn Shoemaker would beat that number of comets discovered. 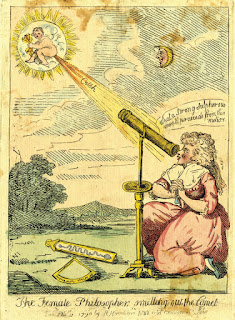 She became so good at discovering comets that it was believed that she could sniff out a comet in the sky.