Christopher Scheiner was born at Walda, Swabia in Germany, he opposed the Copernican system. Scheiner was the first astronomer to use a telescope made with a convex lens. He stated that there the advantages of a larger field of view. 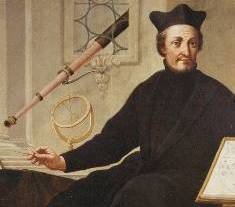 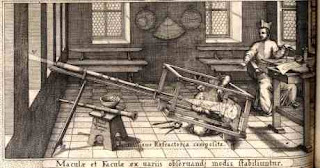 He believed that the sun spots were not part of the Sun but were objects orbiting around the Earth and passing in front of the Sun. 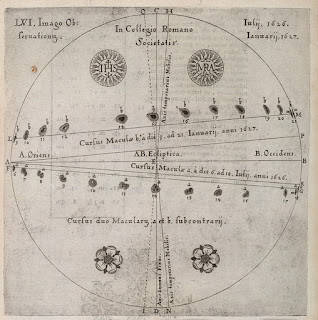 In 1613 he observed Venus and stated that during the period of the year the size of Venus can be seen to change.