On July 1st 2004 the Cassini probe arrived at Saturn. Cassini was launched in 1997 and since it arrived at Saturn it has sent back amazing photographs and scientific data regarding the famous ringed planet. 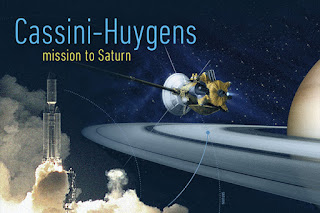 It had a passenger, the Huygens probe which in January 2005 successfully landed on Saturn's largest moon Titan ans sent back amazing information about this strange deep freeze version of Earth.

The mission is scheduled to end in 2017 but the information the probe has sent back regarding Saturn, its rings and moons will keep astronomers and scientists busy for many years in the future.