On June 22nd 1978 James Christie at the US Naval Observatory discovered a moon for the then plant Pluto. Charon was discovered by Christie on photographs that other astronomers had regarded as being faulty. 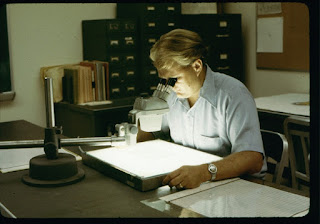 Charon is so large that at the time Pluto and Charon were considered a double planet system. We know now that Charon is the largest of Pluto's 5 moon's.

Pluto has since the discovery of Charon been re classified as a dwarf planet.