On 13th May 1861 a young farmer at Windsor, a little town near Sydney, saw a fuzzy star. On checking his celestial charts he saw that there was no nebula listed for that position. Still, he could not be sure that it was a comet until he saw it move against the background stars. It took until the 21st  May till he could detect sufficient movement to be almost certain. 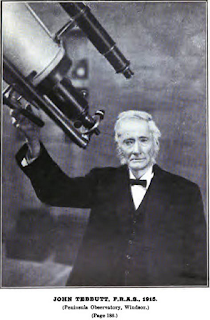 He then sent off a letter to the Rev. William Scott, the Government Astronomer at Sydney Observatory, as well as a letter to the Sydney Morning Herald. This letter was published in the paper on 25 May 1861, the young farmer’s 27th birthday. 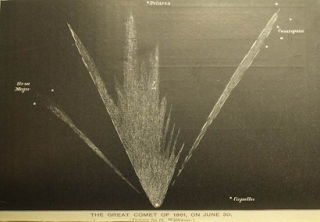 This would become known as the great comet of 1861 and is considered one of the 8 greatest comets of the 19th century.
Posted by Astrognome at 06:14