Cecilia Helena Payne was born May 10, 1900, in Wendover, England. She became an authority on variable stars and the structure of the Milky Way Galaxy. She was one of the first women to advance to the rank of professor at Harvard University and the first woman to head a department there.
She entered Cambridge University in 1919. As a woman in the field of astronomy, Payne met with many obstacles. In 1934, the American astronomer Henry Norris Russell referred to Payne when he wrote that the best candidate in America to be his successor at Princeton University “alas, is a woman!” 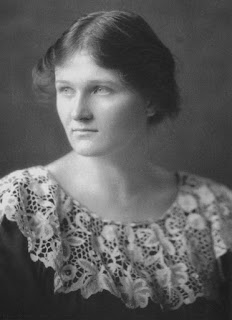 In 1934, Payne married Russian-born Harvard astronomer and astrophysicist Sergei Gaposchkin. They worked together on many variable star projects.

Finally, in 1956, after a 31-year wait, Payne-Gaposchkin received the title of tenured professor of astronomy at Harvard, a position she held until 1966. She was the first woman to become a fully tenured professor at Harvard. At the same time, she became the first woman department chair, heading Harvard's Department of Astronomy from 1956 to 1960. Her own struggles as a woman in a field dominated by men helped Payne-Gaposchkin become a strong supporter of young women students.

From 1966 to 1979, Payne-Gaposchkin remained an emeritus professor of Harvard, and from 1967 to 1979 she was a staff member of the Smithsonian Astrophysical Observatory.