On March 6th 1915 James Francis Tenant astronomer and solider died. He was born in Calcutta to Scottish parents on 10th January 1929.  His military career stared with the Bengal Engineers. It was clear with his schooling that he was very good at maths and was part of the team which undertook the great Trigonometric survey of India. The survey was interrupted due to the Indian mutiny. 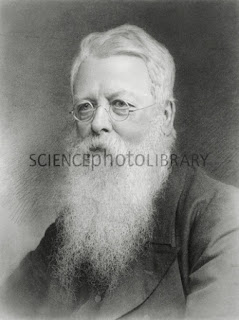 After the mutiny he became Director of the Madras observatory, he observed the solar eclipses of 1868 and 1871 that were seen across the Indian subcontinent and into Indonesia. Being an expert in photography he used his knowledge extensively during these eclipses. He also was the first to study the prominence's with spectroscopes and shown them to be composed mostly of Hydrogen.